News
Keep abreast of cutting-edge technologies in the industry

A new face appears in LED packaging technology. Chip Scale Package (CSP), which is already familiar to general semiconductor manufacturers, is gradually infiltrating into the field of LEDs. For example, LEDs for mobile phone flashes and LCD TV backlights have begun to introduce this technology.

It is understood that in 2016, LED modules using CSP packaging accounted for less than 1% of the overall LED module market. However, because CSP packaging can achieve smaller packaging, it also helps to increase power density and improve heat dissipation. Based on the above advantages, the development prospect of CSP module LED is worth looking forward to. By 2021, the proportion of CSP in the overall LED module package is expected to climb to 5.6%.

In fact, some LED applications have begun to import CSP modules, such as the flash of smart phones and the LED backlights used in some LCD TVs, which have been switched to CSP modules. Next, CSP modules have the opportunity to gradually penetrate into general lighting and car lights. and other application areas.

Statistics from the LED Research Institute (GGII) show that in 2016, the market size of China's LED chip industry exceeded 14.5 billion yuan. A year-on-year increase of 11.54%, an increase of 3.2 percentage points compared with 2015.

After experiencing investment heat and excess production capacity, Epistar shut down 25% of its production capacity at the beginning of 2016, reduced supply from small factories and driven by downstream demand. The gradual adjustment of the supply and demand structure of LED chips has made the LED chip industry gradually return to rationality.

The cliff-like decline in prices has been eased. In the second half of 2016, due to rising raw material prices and changes in supply and demand, chip manufacturers such as Epistar, Sanan Optoelectronics, and Huacan Optoelectronics have increased their prices.

According to the LED Research Institute (GGII) of the High-tech Industrial Research Institute, the price of LED chips has stabilized and rebounded in 2016, and the market demand is in good condition. It makes small and medium chip factories dare not act blindly and is in a wait-and-see situation. On the other hand, the narrowing of MOCVD subsidies has exacerbated this situation.

We predict that the growth rate of domestic LED chip production capacity will gradually slow down after the completion of the expansion of large factories, and the domestic LED chip pattern will maintain the two-strong situation of Sanan Optoelectronics and Mulinsen for a long time.

The domestic LED phosphor market pattern will be basically finalized

After more than ten years of development, China's LED packaging industry has achieved considerable output value and has become one of the world's major LED packaging production bases. The LED phosphor industry supporting LED packaging has also developed rapidly with the LED industry.

Correspondingly, the market demand for LED supporting materials phosphors will continue to increase in 2017. However, with the decline in the profits and prices of LED phosphors, small factories have stopped production one after another, and phosphor companies will also develop in a centralized direction. In the next 2-3 years, the domestic LED phosphor market pattern will be basically finalized.

In 2016, the total output value of LED indoor lighting in China increased by 32.1% year-on-year

According to the statistics of the LED Research Institute (GGII), more than 75% of the world's LED application products are concentrated in China. In 2016, the total output value of LED indoor lighting in China was 223.1 billion yuan, a year-on-year increase of 32.1%.

According to the statistics of the High-tech LED Industry Research Institute (GGII), in January 2017, the total export value of China's LED lighting products reached 1.689 billion US dollars, an increase of 88% year-on-year. In the main 15 categories of lamps analyzed by GGII, there have been different degrees of growth, which to some extent reflects the situation that my country's LED lighting industry is picking up.

According to the statistics of the High-tech LED Industry Research Institute (GGII), in January 2017, the export volume of China's LED lighting products reached 1.56 billion, an increase of 108% compared with 2016.

According to the High-tech LED Research Institute, in January 2017, the amount and quantity of China's LED lighting exports increased significantly, mainly due to the following reasons:

2) External demand picks up. Driven by the seasonal pick-up in consumption and production and business activities in major overseas economies, China's export growth began to pick up in January.

"Dare to take on, dare to work hard" team to build expansion training 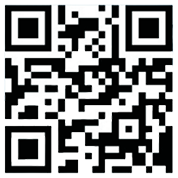